Montana Drone Company covered the 2020 Big Sky 200 baja racing action down in Broadview, Montana. More pilots were able to make it this year to allow us to cover more of the 50 mile race track while also live broadcasting our drone footage to YouTube from the finish line.

The weather was extremely hot reaching 95 degrees both days which caused some overheating issues with all our equipment. As expected the wind was also blowing, but not at too high of rate. The problem with the wind is it blew the opposite direction it normally does causing all the dust to blow over the broadcasting crew as the racers went by the command center.

The 2020 Big Sky 200 was broken down into 3 separate races. The first race on Friday featured the youth participants driving their utvs and the 1600/buggy class. The second race on Friday afternoon featured all the utv vehicles running for both stock production and turbo class. At the same time the baja racing trucks in the stock & competition classes ran on the course. The final race was run on Saturday for the Ultra 4 4400 / 4800 and also all the pro class racers. Overall there were 57 racers competing over the weekend.

Montana Drone Company introduced their live broadcasting ability at this race. MDC managing partner, Dallas Fischer, hosted the live feed and provided commentary about the race day and updated viewers with some of the track times for individuals as they made their way around the course. Pilots TJ Schwartz, Jared Doneen and Jordan Koppen captured footage of the race from different spots on the course while one pilot stayed and flew around the command center to provide live aerial footage of the race in action. MDC has updated their drones to be able to provide live aerial footage displayed to either Facebook or YouTube.

The "Old Cowpoke Race Track" is just short of 50 miles and all classes, but the youth completed 4 laps to cover just short of 200 miles. 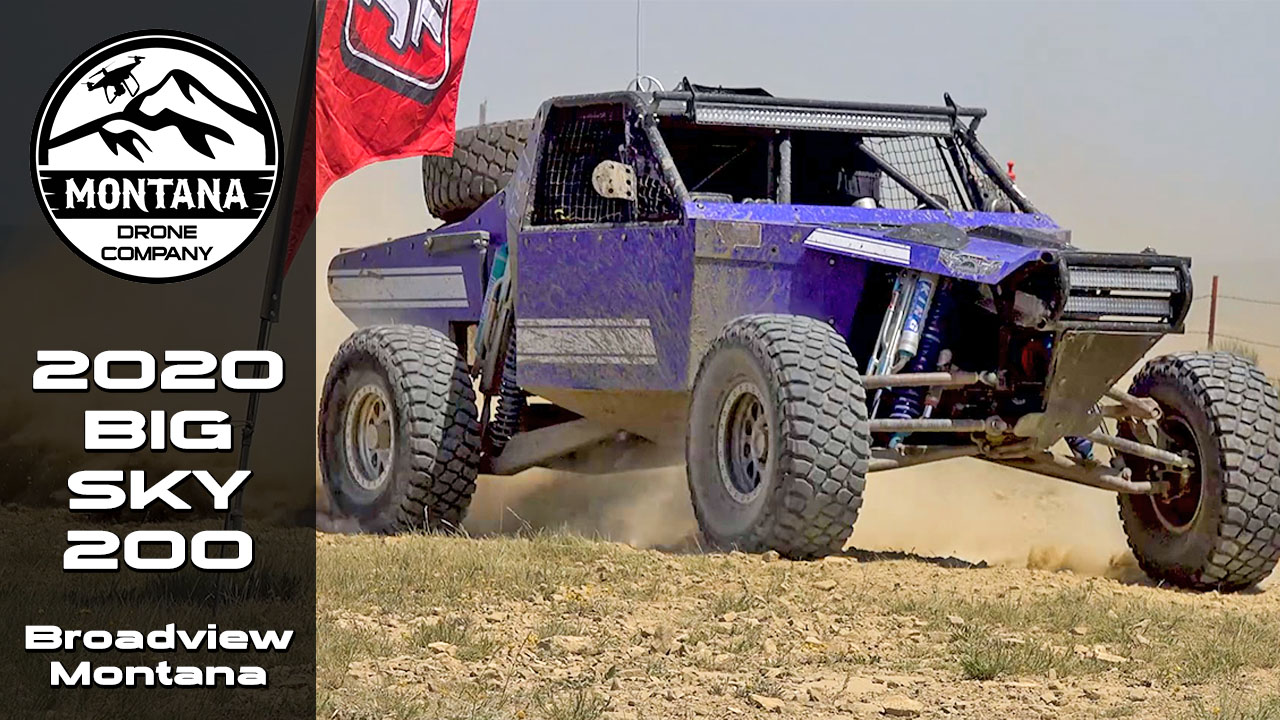