Montana Drone Company pilot, Dallas Fischer, accompanied Fay Ranches ranch real estate broker, RJ Patterson, to explore the ranch in Leadore, Idaho called Little Eight Mile Ranch on the Lemhi River. The goal of the video was to show the diverse recreational opportunities on the ranch. The entire footage was shot in one day spending time on the Idaho ranch.

The current owner of ranch allowed Dallas and RJ to spend the night before in a guest cabin. The fall weather was perfect and the evening presented itself with an outstanding star lit sky and even a better sound backdrop of bull elk bulging all across the valley.

The venture started off early to catch a herd of elk grazing out in a hay pasture near a pivot. There's nothing quite like hiking through the dark listening to bull elk bugling only a short distance away. As the sun appeared on the horizon, Dallas and RJ were able to sneak up to about 100 yards away from a large herd and capture footage of some of the large bulls roaming back and forth as the mating season was well under way.

The second part of the trip was to conduct some trout fly fishing on the Lemhi River. RJ Patterson is an expert fly fisherman which presented an outstanding opportunity to capture some video shots. During this part of the shoot fellow Fay Ranches broker, James Esperti, also joined the two on the fishing trip. To capture the shots, Fischer suited up in some river waders to follow the two throughout the winding Lemhi River while carrying multiple pieces of filming equipment on his back.

Little Eight Mile Ranch on the Lemhi River is an outstanding Idaho property which offers both a productive cattle ranch along with the enjoyable hunting and fishing opportunities. 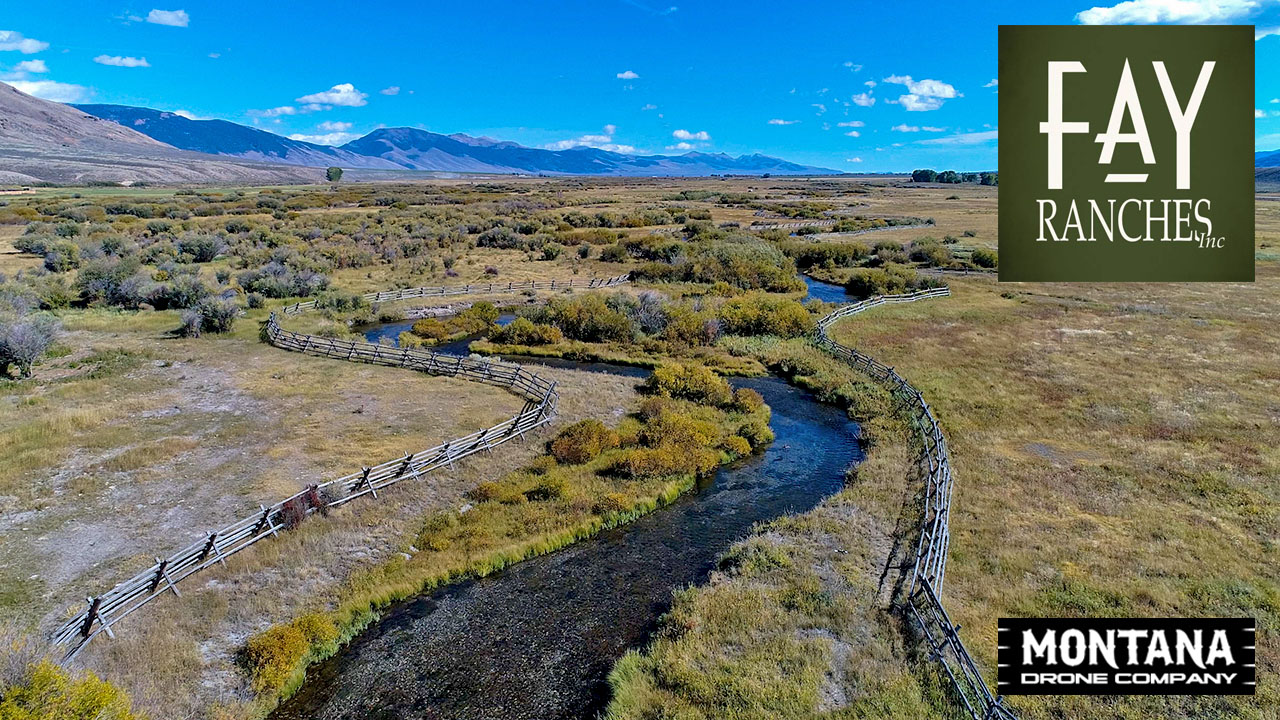